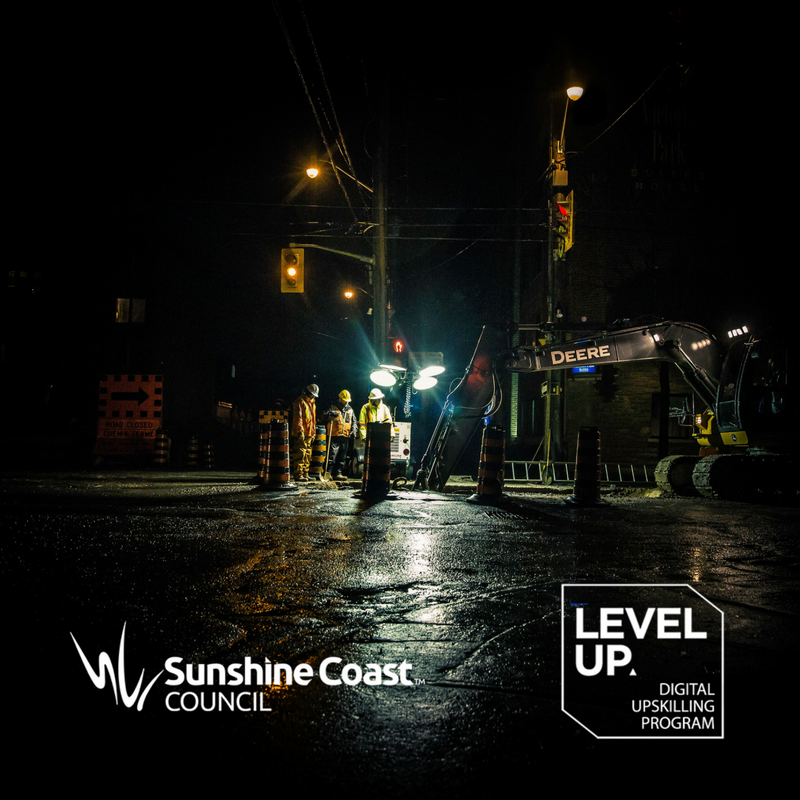 The digital age has dramatically changed the way every business operates – even tradies! You probably already know how important it is to a have a website for your business, that you can use social media and other digital channels to get your business ‘out there’, and that there are apps and other things you can use to run your business or work more efficiently as a tradie on site and on the go. But you may not have had time to find out ‘what is out there’, how to get started, what the tried and tested systems are and who is already using them.

Come along to our first ever Digital Toolbox for Tradies Sundowner Session and enjoy a few cold brews while you hear from a fellow tradie who has already ‘gone digital’ and a local digital specialist who is helping many Sunshine Coast businesses save time and money through the use of online tools in their business. All of the information will be shared in a fun, easy to understand and non-technical way.

This two hour session is designed to specifically help tradies learn more about the technology available to them and how to implement it into their business. You may be a builder, painter, electrician, plumber, landscape gardener, tiler or other trade based business owner.

This session does not require access to technology specifically however if you have a smartphone or tablet on hand you may like to use it to download apps and technology as we discuss it.

She is the founder and co-owner of The Creative Collective, a digital marketing agency which acquired Hinterland business Fig Creative in March 2017; the founder and owner of spin off company The Training Collective, a digital skills training organisation and awardshub.com, an online portal for business owners wanting to find business awards they may be able to enter, and to gain assistance in the preparation of their submissions.

Yvette will share the exact techniques she has used with much success for her own companies.

Local businessman Gary Kelbie, of Coastcare, an appliance repair company on the Sunshine Coast joined the Level Up program in March this year after working as part of a franchise model for 15 years and going ‘out on his own’ two months ago. In going out on his own, he has had to research what apps and tools he could use which would suit him, and says the program has been really good for showing him what else is out there and how it all links together, which saves me a lot of time researching.

So far Kelbie has digitised his business by getting a point of sale device which plugs into his iPad or phone to take customer payments via debit or card whilst on site, an online accounting system so he has a good view of his finances and inventory at any time, and a booking app specifically for trades. On the app he can take photos before and after jobs, diarise appointments, make notes about customers and much more. He says with this app you can literally run a fleet of tradies out in the field from the office.

At the event Gary will share the exact tools he has used to digitise his business and his experiences of going digital.

Please note: You will have the opportunity to network with others, so bring business cards!