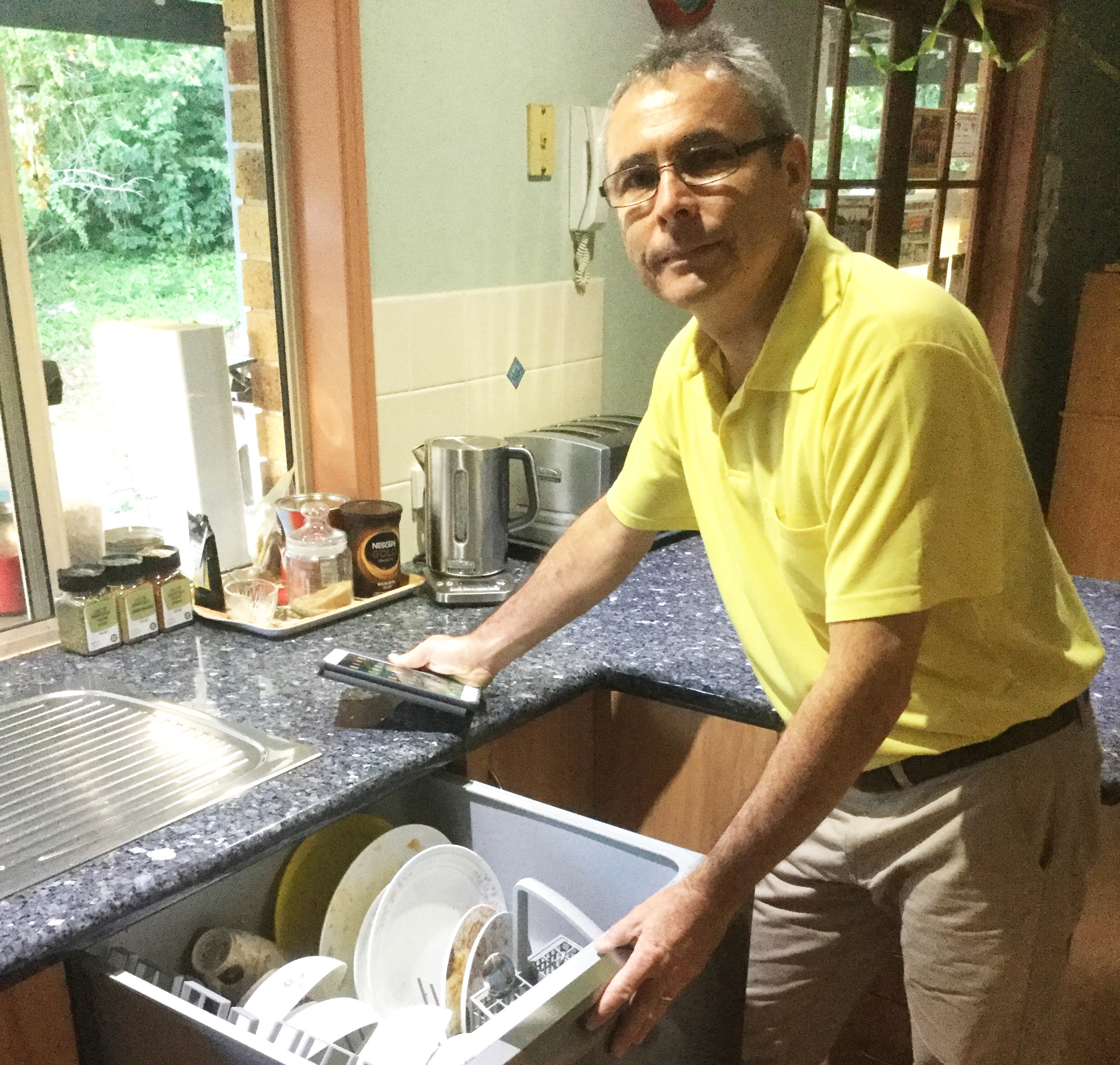 The digital age is dramatically changing the way everyone does business, and with their ability to carry a smartphone or tablet ‘on the job’, and the armies of tradies on the Coast are slowly but surely becoming more ‘techie’ too.

Many Sunshine Coast tradies know about apps, social media and other things they could do online, but may not necessarily know how they apply to their business situation or how to move away from ute glove boxes full of receipts, writing out paper quotes and invoices and generally drowning in paperwork to more digital ways of doing business.

Local businessman Gary Kelbie, of Coastcare, an appliance repair company
joined the Level Up program in March this year after working as part of a franchise model for 15 years and going ‘out on his own’ two months ago.

“Working under the franchise model they gave us an eftpos machine and a mobile data terminal so all jobs came through on those and then later iPads so I was used to being fairly digital,”he says. “But in going out on my own, I’ve had to research what apps and tools I would use which would suit me, and this program has been really good for showing me what else is out there and how it all links together, which saves me a lot of time researching.”

So far Kelbie has digitised his business by getting a Square reader which plugs into his iPad or phone to take customer payments via debit or card whilst on site, Quickbooks for his online accounting so he has a good view of his finances and inventory at any time, and a booking app specifically for trades called ServiceM8. On the app he can take photos before and after jobs, diarise appointments, make notes about customers and much more.

“With this app you can literally run a fleet of tradies out in the field from the office.”

“Someone could be dispatching the jobs and the guys in the field would know where they have to go, what they have to do, and can’t forget about a job because it wasn’t written on a scrap of paper in your ute. It clarifies your whole picture and keeps a good record for all involved.”

Kelbie is a big fan of ServiceM8 which he says would help a lot of trade businesses as would ‘going digital ‘generally speaking.